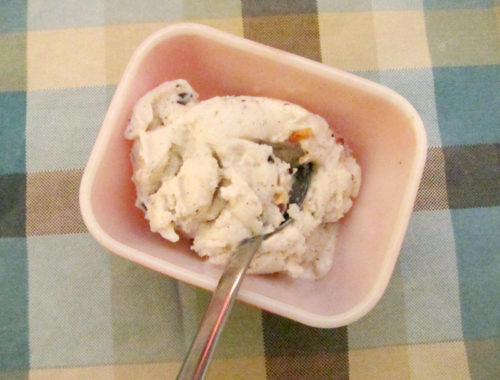 I made this ice cream a while ago and I think its time for a repeat double scoop. This ice cream is actually low in fat and is adapted from a Mark Bittman recipe called “cornstarch ice cream”. When you call it cornstarch ice cream, you’re probably not going to get many takers – in fact when I told my husband what I was making, he grimaced. But throw in bourbon, buttermilk and a whole lot of mix-ins like sour cherries, toasted coconut, roasted almonds and dark chocolate? Well, then it gets seriously awesome. 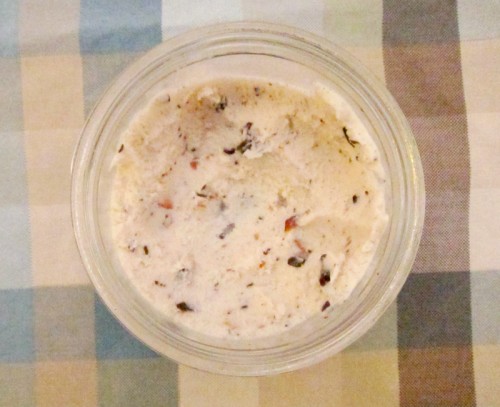 Clearly, I’m suffering from lack of restraint but it’s not a bad thing here at all. Years ago, Cornelius and I were discussing our dream ice cream flavour and we came up with the name “Crazy Go Nuts”. I was imagining something with a cinnamon base, lots of roasted nuts, coconut and some dark chocolate for good measure. This comes close to my idea of crazy but kicks it with way more deliciousness because of the addition of bourbon. Bourbon! And because I do go whole hog here, you might wonder if anything gets lost, but I’m proud to say that every flavour adds something special. The boozy warmth of the bourbon, vanilla and cinnamon, the roasted bits of coconut and almonds and the tart freshness of the sour cherries all add up to a very good thing indeed. I’m not even going to mention the dark chocolate. However, I should talk about the buttermilk because it does add a slight tang to the whole thing. The texture is nubbly from all the bits but it’s oh-so-creamy without the heavy cream. Which means it’s time for a double scoop, please.

Oh, and if you don’t have an ice cream maker, don’t fret! You can make this! Just pour the mixture into a shallow metal pan, freeze it, whisk it every 30 minutes or so until it begins to thicken, add in the mix-ins and continue stirring.

elsewhere: I make a whole wheat cookie in my fishy cast iron skillet. Find out more over at ReadyMade. And at Poppytalk, I declare my love for (soy) chorizo and make a breakfast skillet hash. 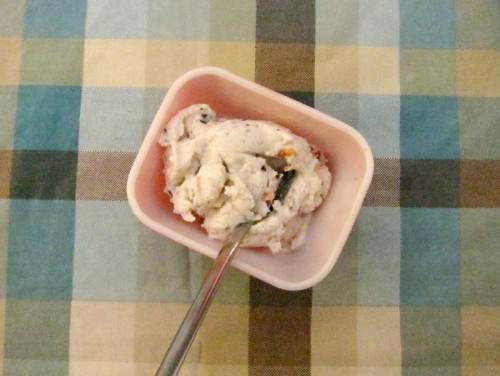 Put the 2 cups of whole milk into a saucepan over medium heat (reserve the last 1/2 of milk for use later), along with the sugar, salt, cinnamon and vanilla bean seeds and the pot. Cook until the mixture begins to steam, whisking occasionally, about 8 minutes.

Meanwhile, mix together the cornstarch with the remaining milk. Remove the vanilla bean pod and whisk in the milk/cornstarch mixture. Stir until the mixture thickens and barely reaches a boil, about 5 minutes. Reduce heat to very low and whisk for another 5 minutes until thick.

Pour the mixture into a bowl and cover. Refrigerate until cold – 3 hours or overnight. Add in the buttermilk and bourbon and give it a good stir. Pour into your ice cream maker and when it just starts to really thicken up and look like soft ice cream, add in the mix-ins. Eat immediately or freeze until firm.

59 comments to “3 of my favorite words: bourbon ice cream”