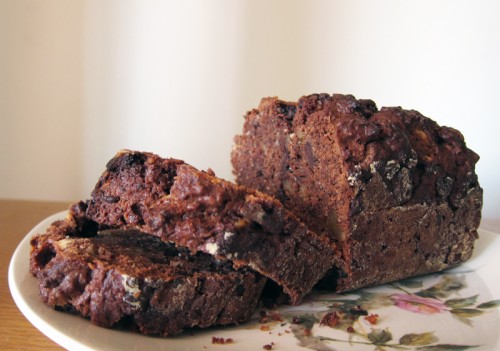 I’m wiping up the mud and debris left from January and welcoming February with open arms. January is a rough month. It starts out on a high, with resolutions and promises. But I dunno, something veers off. Maybe because 2 years ago on January 21st my mom died and that kind of is like a big kick in the gut to every January that comes after. So I’m going to declare February as my new slate! It’s a time when winter shakes off all of the big bad-ass-ness and fuzzy blossoms, sunshine and warm air start swirling around Vancouver. This month, we’ve had the windows open every day and it smells of springtime. Years ago, when my brother first came to visit me from Ontario, he came in February. He wore is heavy winter coat and toque as is the fashion out east. But as soon as he arrived, he ditched the cold weather gear and felt liberated in only a denim jacket and a colourful plaid scarf. Add in cherry blossoms, sun that warms the cheeks, and the smells of the earth coming back to life and you’ve got February. 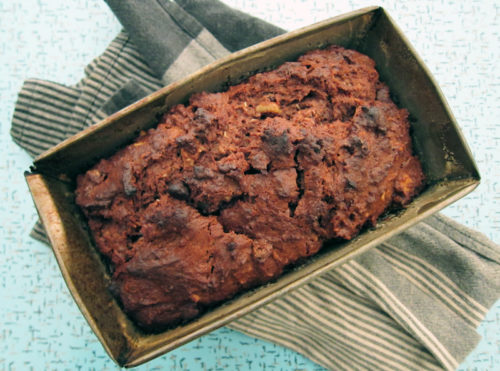 And to celebrate, I’ve baked up some banana bread and trust me, it’s no ordinary loaf. I first made this in January when I had a friend over for tea. We needed tea and comfort and chocolate, because as I mentioned, you need all the help you can get during that dark month. This bread was just the ticket and it’s this bread that I want to share with you today. 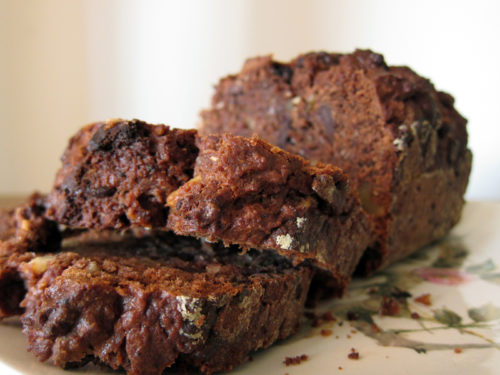 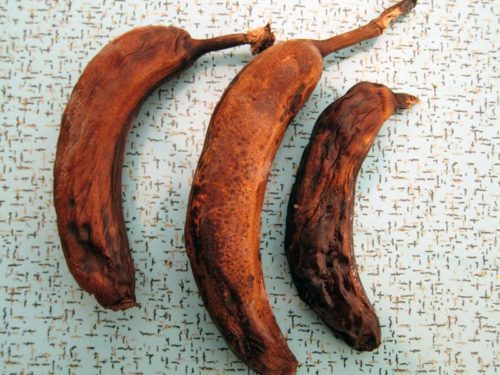 Yup, that tasty loaf came from these fugly, brown bananas. Whenever we have bananas that start to get too spotty and soft, into the freezer they go. And when we’ve got a few rounded up, I start thinking banana bread. I’ve made a few in my day, but wanted to try something new. Chocolate chips were a given, but I decided to throw in some cocoa powder along with grated coconut into the mix. I also used some coconut-flavoured yogurt, but if you don’t have any on hand and wanted a bit more of a coconut kick, add in a 1/2 teaspoon of coconut extract into your milk or yogurt mixture. Oh, and I added rum. I like rum. It goes well with bananas and chocolate. And January. 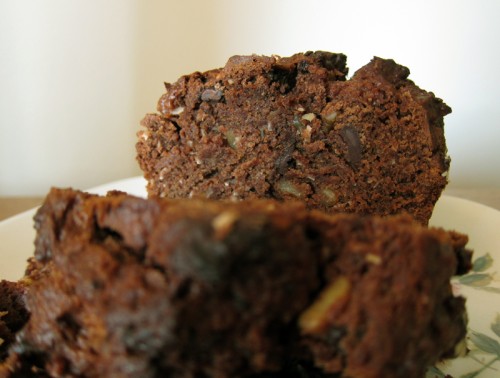 February has only begun and there’s already some exciting news to share. I’m beyond thrilled to mention that this blog has been nominated for a Bloggie which is a huge (!!!) weblog award. I’d sure appreciate it if you could head on over and vote for Everybody Likes Sandwiches as Best Canadian Blog. As well, you can check out a whole host of other awesome blogs that have been nominated.

elsewhere: Got a hankering for soup? Look no further because the smokey southwestern apple & squash soup I had last week was so freakin’ tasty!!! (It deserves every. single. exclaimation. point.) You can get the recipe on Poppytalk.

Cream together the sugar and margarine until fluffy. Add in mashed bananas and rum and blend well.

Pour half of the flour mixture into the wet mixture and stir until combined. Add in the milk or yogurt mixture and combine. Add the remaining dry ingredients and mix. Fold in the chocolate chips, coconut & walnuts. Spoon batter (don’t worry, it will be thick) into the prepared loaf pan and bake for about one hour and 10 minutes.

* If you use coconut milk, don’t use the stuff from the can – instead use the carton kind which is more like milk.