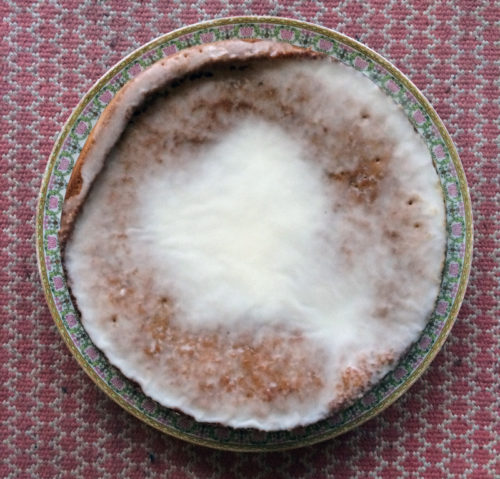 I went jean shopping a little while ago and bought a pair of jeans. I loved them so much that I went back and bought a second pair. I do that a lot – find something I love and buy it in multiples. It doesn’t just go for jeans or tee shirts, but for good recipes too. Like this cake. I made it for a dinner party two weeks ago and everybody loved it. I loved it so much that I made it again a couple nights later, this time changing half the butter for coconut oil because I ran out of butter and decided to use all coconut sugar. It wasn’t a pretty cake. It shrunk at least a size, it was dark possibly from the coconut sugar and possibly from over-baking, yet I countered, how bad could it be? Not bad at all. It tasted pretty good. I’m not saying this cake is indestructible, but I played around with the ingredients and it lived to tell a tasty tale. But when I made this cake again the following week, again for company, I followed the recipe as written, no substitutions. Once again, it was perfection on a cake plate.

This cake is a keeper. It has a very dense crumb and it doesn’t really rise or look all that pretty, but it’s all part of the charm. I kind of thought it tasted like a homestyle cake donut – the flavour and texture are similar and in my book, that’s not a bad thing. It’s mostly made with almond meal/almond flour and a touch of all-purpose flour, so you know, it’s almost healthy. It’s French and it’s rustic! It looks homemade and that’s what’s so great about it. The only fancy thing is that the cake gets soaked in rum, a lot of rum, and then gets a sugary rum glaze poured over top. I know, you might look at the recipe and wonder, is that too much rum? I’m here to set you straight. No, it’s the perfect amount of rum. It’s rummy but not over-rummy if that makes sense. The only word of caution I beg of you: use a good rum. Don’t use Bacardi or something El Cheapo. Get something good, it’s important for the flavour. 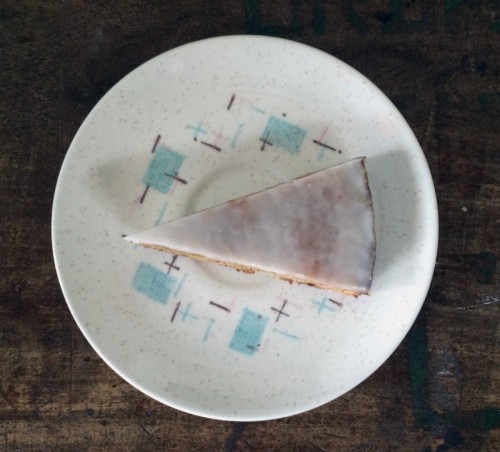 The original recipe suggests slicing in delicate slices, but everyone I served it to demanded a second slice. Who needs decorum when all you want is more damn cake! Slice it small and dainty but then have the pleasure of eating 2 slices of cake. Or just cut the cake however you like and call it a day. 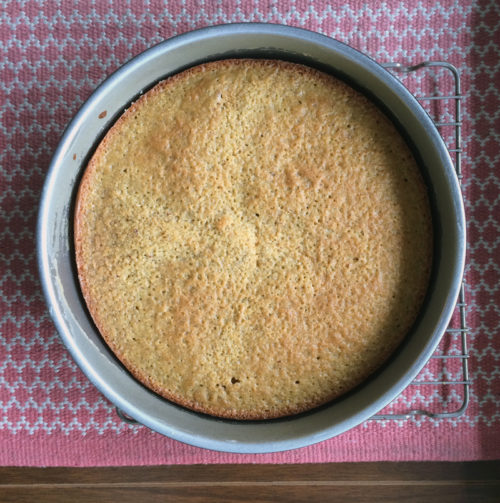 easy french rum cake (aka gateau nantais)
(recipe adapted from easy french food)
Don’t use a cheap rum as it will taste sharp and cheap. I used Mount Gay rum and it was deliciously rummy.

In a large bowl, beat the eggs and the sugar until fluffy. Add in the almond meal and vanilla, beating until combined. Beat in the eggs, one at a time. Stir in the flour, until just blended. Pour batter into prepared cake tin, smoothing out the top and bake for 40 minutes or until cooked in the centre.

Remove cake from oven and cool in pan for 5 minutes before turning it out onto a wire rack and then uprighting the cake. Brush 1/4 cup of rum over the top of the cake. Let cool completely.

In a small bowl, use a fork to whisk the remaining 2 tablespoons of rum with the powdered sugar. Pour into the centre of the cake and use a rubber spatula to push the glaze over to the edges of the cake, allowing some of the icing to drip over. Let the glaze firm up before covering with plastic wrap and placing in the fridge. Cake tastes best the next day. Cut cake into delicate slices. Or if you’re like me, go ahead with your normal sized slice – and try not to go for seconds.

« a spring thing: kale and ricotta galette + looking for some mid-west travel tips
my once a week go-to salad: creamy fattoush salad »