the last of the rss debacle…& elsewhere

First things first, if you are still having problems with my RSS feed in Google Reader, you need to subscribe to this feed url: http://feeds.feedburner.com/EverybodyLikesSandwiches instead of the one you are currently using. Why? No idea. Just go with it and everything will be better. And that’s the last word on that.

Okie doke, now back to more important matters, like food! This week over at ReadyMade I take a stab at writing about my journey to love cucumbers. After my tzatziki post a few weeks ago apparently a few other people also have issues with The Cuke, so head on over and read all about it. Maybe you’ll relate or at least discover a new recipe to fuel your new found cucumber love. Also because I love food objects with eyeballs and mustaches, I had to illustrate that jaunty green fella above. 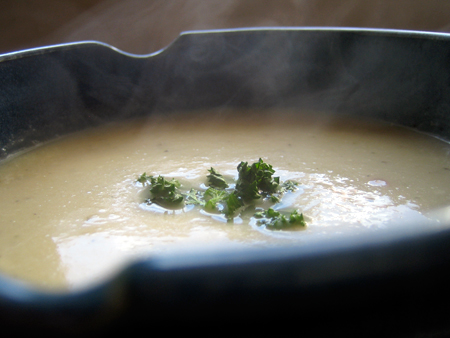 Got buttermilk? Maybe you bought a carton to make some biscuits or pancakes but aren’t sure what to do with whatever is left? Get inspired over at Poppytalk where I give a wonderfully tangy recipe for cauliflower soup. Buttermilk in soup, it’s a good thing.

17 comments to “the last of the rss debacle…& elsewhere”